ccl
/
bots-of-conduct
Fork 0
Code Issues Pull Requests Releases Wiki Activity
Ongoing collection of bots for the Bots of Conduct workshop. This repository will be gathering code written by many people during various moments (Relearn 2017, Relearn 2019, ongoing Varia work).
bots
You can not select more than 25 topics Topics must start with a letter or number, can include dashes ('-') and can be up to 35 characters long.
74 Commits
1 Branch
0 Tags
9.4 MiB
Python 100%
Branch: master
master
Branches Tags
${ item.name }
Create tag ${ searchTerm }
Create branch ${ searchTerm }
from 'master'
${ noResults } 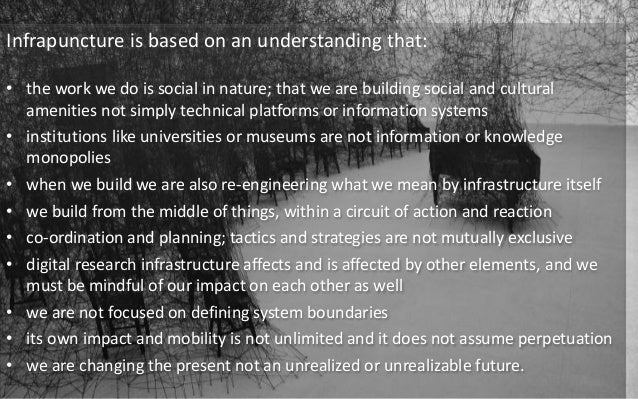 Bots as Tools to Intervene in Conversations

What would it mean to become more entangled with bots, redistribute the labour of making and maintaining a collective, but without falling into the metaphorical understanding of bot as a servant?

Varia members use XMPP as a chat protocol because it enables us to self-host our own instance and federate with other chat servers. We use bots both to communicate and to document our exchanges. Our initial idea was to develop new forms of note-taking based on our interaction habits. We share a lot of different types of information in group chats, from news to recommendations of articles to instigations to clean the fridge. Starting from the conversational nature of our exchanges, we are experimenting with two different bot-users in the chat: one that gathers images shared on the main Varia channel and displays them online, and another one, focused specifically on the topic of digital interdependencies, that gathers images, quotes and looks for books' citations.

Working on our own digital infrastructure allows us to adapt the tools to our own needs and behaviours; meaning that these bots make sense to us, but they may not make sense to someone else. 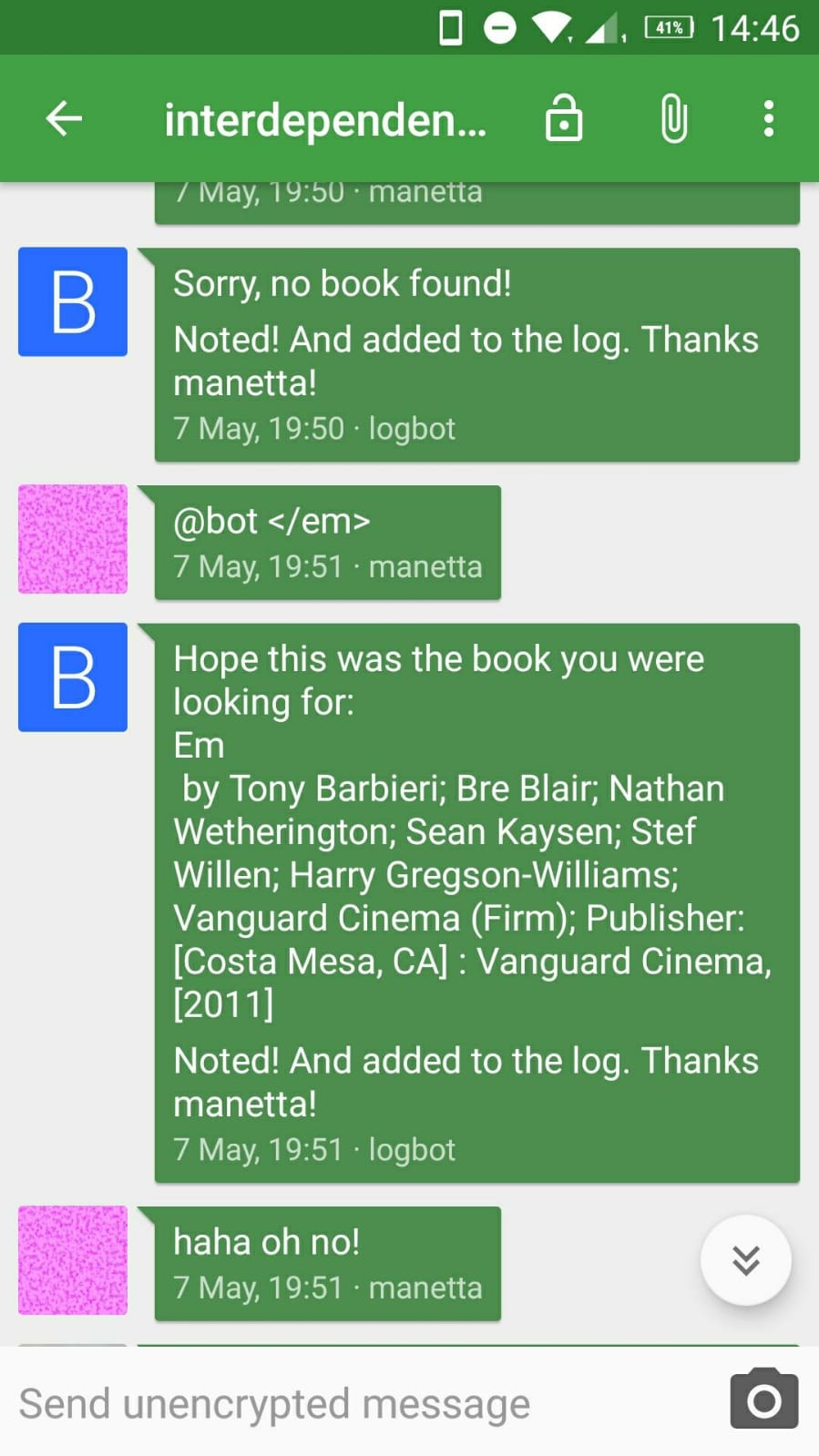 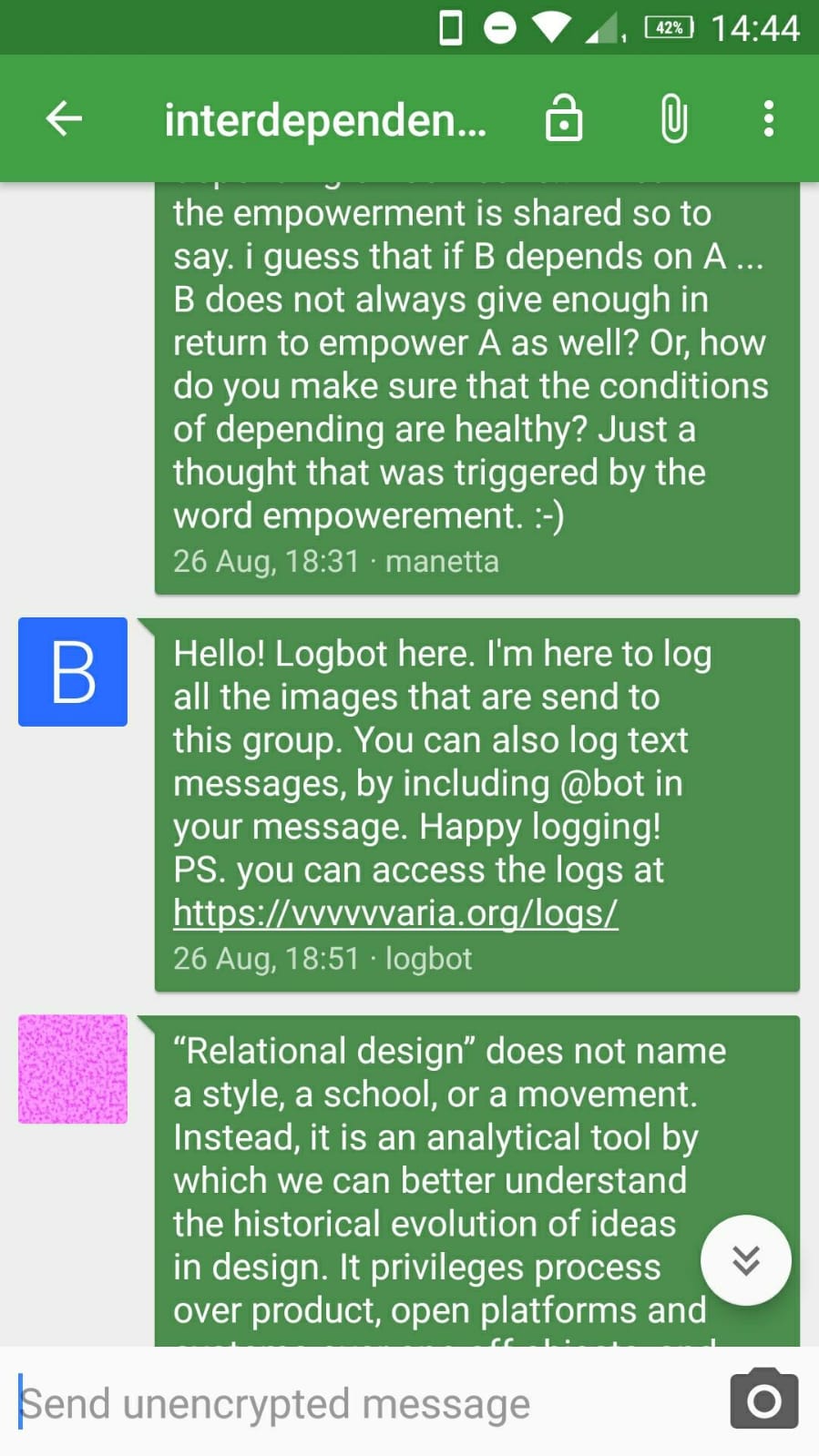 
Let's look into the bots examples:

action mode: announces when someone enters or leaves the room

situation: a collective discursive setting that generates its own vocabulary

action mode: sends a message when it enters the room

situation: when there is a theme, for example: "send a reference to an existing or imaginary code of conduct, complaint, guideline, bug report, open letter, license or other social-technical protocol and explain why it is of interest to you."; how one wants to be introduced

action mode: replies to a specific word; brings alternatives into the situation; tries to create new habits and terminologies

situation: potentially in moments when a situation seems difficult and there is a need for more joyful interactions

action mode: takes what someone says to it in confidentiality and echoes it to a group chat, thus anonymising it

situation: there are remarks or complaints in the room, but the person does not feel comfortable to bring up the issue themselves


Installing and Running the Bots

During this workshop we will use:

Some installation guides can be found under the following links.

pip3 comes installed with python3. You can check if it installed correctly by running: $ pip3 --version

This is the Python library we use to make the bots. You can install it by running: $ pip3 install slixmpp

This is a Python library that is used by slixmpp. You can install it by running: $ pip3 install requests

To join the chatroom, you need to use a XMPP client and an account.

Link to references pad — further references and materials assembled by Joana and Cristina - feel free to add your own!